What is the next generation for SNS

Cross-country bindings - one binding for everyone? Finally a uniform standard for soles and bindings! 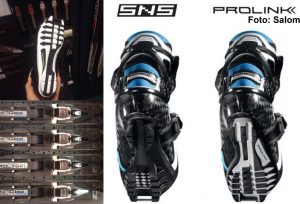 Up until this winter, the unwritten rule was: first choose the shoe, because the most important thing is a comfortable, well-fitting shoe. The choice of binding depended on the choice of shoe, as there were previously two competing binding systems - NNN (New Nordic Norm) and SNS (Salomon Nordic System), and the manufacturers of bindings and / or shoes had to choose one of the two systems . At the front under the toe of the shoe there is a metal axis around which the shoe rotates in the binding, and this metal axis is of different widths in both binding systems and the guide rail of the binding and the recess under the shoe sole - in short: the Binding systems are not compatible with each other, a subsequent change of the binding or the shoe has always been associated with difficulties, because on cross-country skis with NNN binding z. B. a so-called. NIS plate sits firmly connected to the ski; the binding can be attached relatively easily here, but of course an SNS binding did not fit here - it is a cramp! 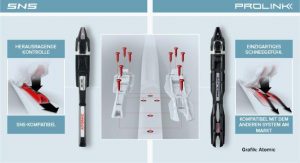 But that's all "yesterday's news". Almost all ski companies have finally agreed on a binding standard or have a uniform system on offer - Salomon and Atomic call it the PROLINK system, Rossignol and Fischer call it the TURNAMIC system, Rottefella stays with the name NNN system - in all new bindings Now all shoes with the wider metal axis fit, including the "old" Fischer, Rossignol etc. Shoes that belonged to the NNN system, unfortunately the old shoes for the SNS system do not fit. Salomon and Atomic still have bindings and shoes of their SNS standard on offer, including the SNSPilot binding - there is a second metal axle in the midfoot area, with which the ski is returned under the foot by means of a steel tension spring. Personally, I find this system ideal for recreational runners because the ski can be guided better, especially in turns when you step on it quickly. 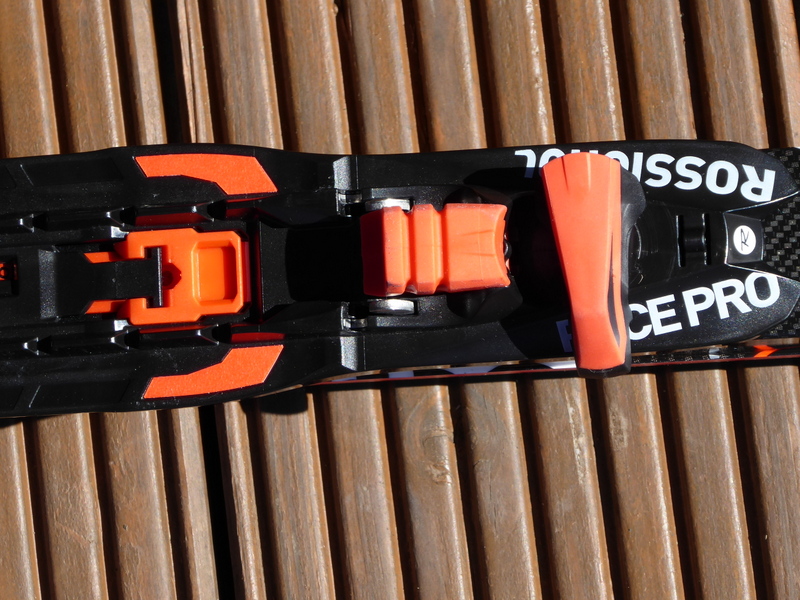 We have already tried one of the new bindings from Rossignol - Rossignol RACE PRO CLASSIC. The new binding is closed using a rotary lever - Turnamic is the name of the new twist on the binding market at Rossignol and Fischer - and can be individually adjusted using different "hard" rubber dampers. In this way you can change the feeling for the impression, and the ski guidance can also be influenced in this way. And the binding can easily be moved, so you can balance the ski towards the tip or the end. When skating, I can "hang" or lift the tip of the ski, while walking diagonally I can "tune" the ski faster for the descent or more grippy for the ascent. All you have to do is move a small lever on the binding plate and then see the numbers 0, or + or- 1-3 in a window!
The binding works very well; you stand relatively flat above the snow, the guidance is very good, mobility of the heel, footprint, cushioning via the rubber damper - everything in the usual quality, very good. And thanks to the special fastening of the base plate on the ski, the binding has no influence on the elasticity of the ski. The only thing that needs getting used to is the turning mechanism for closing or releasing the binding; ... bending down is sometimes difficult after a long / strenuous run, but the simple release with the tip of the stick is sometimes more convenient? But otherwise the new Turnamic binding is impressive and definitely recommended for recreational as well as competitive cross-country skiers.

It is not without reason that Fischer and Rossignol won a Gold Award in the Ski / Cross Country category at ISPO 2017 for their LL binding TURNAMIC RACE PRO CLASSIC: ... the newly developed Race Pro Classic binding impresses with its innovative TURN LOCK for easy entry and exit and double lock slider for tool-free adjustment of the binding position. This setup optimizes the dynamics and performance of the cross-country ski. ... the binding is decoupled from the ski, which noticeably improves the skiing feeling.
Rottefella presented the very comfortable version of the adjustable binding at ISPO 2017: Rottefella Electric, this binding is adjustable without getting out of the binding. The binding can be adjusted forwards or backwards by an electric motor, the remote control sits on the pole and enables the binding to be tuned even during racing. The idea is clear: binding to the front on the ascent for more grip, on the flat then backwards for carefree propulsion. The whole thing should work up to 400 times, so it should be enough for the complete Vasaloppet.
<?