Now German students have their say! In the following interviews, students from Newcastle University give insights into their motivations for studying German and report on their experiences with the German language. 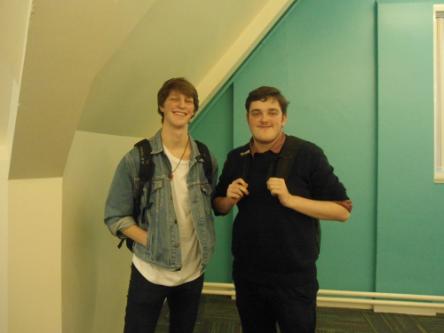 George, 20, and Adam, 19 years old, are both studying German and history. You started learning German a year and a half ago. George also had German at school six years ago.

Why did you decide to study German?

Adam: Why not? I learned a little Spanish beforehand, but I didn't enjoy it. I don't like France, which is why I didn't want to learn French either. Other languages ​​are too difficult, therefore German!

George: I only studied history at the beginning. Then I had a module on European history and I didn't want to do that. I could do another module, for example politics, art, sociology or foreign languages. I remembered German, I had a lot of fun at school. Then I thought why not? I tried and fell in love with the language. It was so nice that I wanted to keep going.

What do you particularly like about the German language?

George: Well, I like grammar because it's very logical, very math, and I'm good at math. German is more logical than other languages ​​and once you have the basics it is easy to learn other words.

Adam: I like the vocabulary. German is poetic and the words sound good, I like the sound.

Do you have a favorite German word?

George: What does that mean in English?

Adam: Someone who throws snowballs with gloves on, a coward.

And is there something about German culture that you particularly like?

Adam: I like German literature! For example, I like Franz Kafka. Important historical works are also often in German, for example the communist manifesto and other works.

George: I agree, many important historical ideas come from Germany, for example the ideas of Martin Luther and Marx. I don't know the German culture that well, but I want to get to know it better! 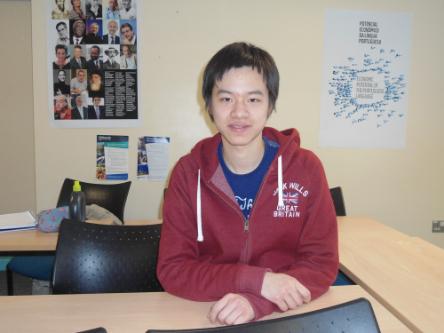 Why are you studying German?

Kai San: I study German because I find German interesting. I also enjoy singing German songs and listening to classical music like Mozart.

Alexandra: I am studying German because it is an important language. I want to work abroad, as a teacher at the university. Maybe I'll go to Germany. I would like to teach English or Spanish.

Is there something about German culture that you like a lot?

Have you tried German food there too?

Alexandra: I haven't been to Germany yet, but I would like to go there. I find German culture very interesting, but I don't know much about it. I want to know more!

And what is particularly nice about the German language?

Alexandra: German is an interesting language! It's not very difficult, but you still have to learn a lot!

Kai San: There's a lot more grammar than English, it's difficult. But I like difficult things.

So learning German is a great challenge? 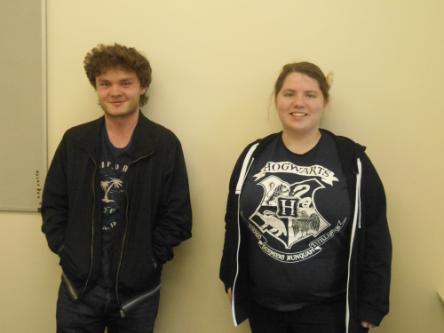 Why did you decide to study German?

Chris: When I was in school I didn't find German that interesting at first, but as I got older I noticed that I like to speak German. And I'm very interested in German culture and history!

Lauren: I chose German as a subject at the university because I'm very interested in German and Austrian culture, especially German films. I could say my favorite film is "Goodbye Lenin", but that's what all German students say. They say "Goodbye Lenin" or "The Lives of Others".

Do you have a favorite German band?

Lauren: I like listening to Clueso! And Clueso and Clueso and Clueso (laughs). My favorite songs are "Chicago" and "Winner". When I was seventeen I went to Germany and my host family gave me tickets to a Clueso concert, which was very good!

And you Chris, what do you find particularly interesting about German culture?

Chris: I like German beer, that's the most important! I like to listen to German music so that I can practice with the lyrics. I like "We Are Heroes", they are pretty good and so are the "Toten Hosen". If the texts are in German, it is very good for learning!

What makes the German language so special?

Chris: I like that in England we sometimes have twenty words for something and in Germany everything is collected in one, very long word. And some words are pretty interesting when you translate them. A friend of mine in Germany said that there is a word that means “Kummerspeck”. It means that you have eaten too much and feel a little guilty. In English it is called “grief bacon”. I think such translations are fantastic! It is quite interesting to translate these words.

Lauren: German sounds good and there are a lot of good words like "Gänsefüßchen"! In English you only say “speech marks”, that's not as cute as “quotes”! But I find it hard to say that there is only one reason I like German.

Why are you studying German?

Hannah: I wanted to learn another European language that is very good for career opportunities. You can get a lot of good jobs if you speak German. And I wanted to be able to talk to my family.

Does that mean that part of your family comes from Germany?

Hannah: Yes, my mother is German. She comes from Esslingen near Stuttgart. But she almost never lived there because she was born in Peru and then moved to England. She speaks almost no German to me. But my grandma speaks German to me! But I can't understand her very well because she speaks Swabian.

Are you often in Germany?

Hannah: When I was younger we went to Germany every year, but not as often now. I only have a few relatives there, my grandmother's siblings and their children. But I spent the summer in Friedrichshafen with friends of my family who have children. I worked as an au pair for a month and a half and it was great!

And you Jasmin, why are you studying German?

Jasmin: I think languages ​​can help to find a good job and they make us more global. I find it very interesting to get to know other cultures. And I'm not good at, or interested in, other subjects like science. I like that you can combine a lot of things in Newcastle. There are different mixes and subjects and I like that Newcastle has so many different things to offer.

And why German and not another language?

Jasmin: My school offered German. If my school had offered another language, maybe I would study something else.

Is there anything you particularly like about the German language?

Jasmin: I think when I do my year abroad in Germany, I will have an answer. I would like to spend a year as an English teacher in Germany.

Hannah: I like the sound! A lot of people say they think German is a tough language. I can not find that! But I find it very difficult, especially the grammar.