Why don't I argue with people

Quarrel in partnership: who fights, loses

"You are always so self-righteous!" If he accuses me of that, I could blow my skin. Not just because of the insinuation that I am self-righteous. Maybe that's true. The accusation that I am ALWAYS self-righteous is definitely not true. Nobody is always all or nothing. That's why I have to open my mouth. What comes out of there is not particularly friendly and provides further explosive. We argue. Like so many couples.

In doing so, we often fail because we realize that our partner works differently than we do, says Thiel. "But people are always different. That is why every partnership is actually an intercultural experiment." This clashes violently with our idea of ​​romantic love and symbiotic fusion - utopias well-nourished by films and books.

Not arguing is not a solution either

They do exist, these picture-book couples who never shred each other. Which suggest to us that life in a relationship is actually child's play, the rules of which we unfortunately have not understood. A possibly inappropriate self-flagellation, because the unspoken frustration is hidden behind the Bullerbü facade.

"Only about half of all couples break up because they argue violently. The other half split up because they do not argue," says Thiel. Instead of dealing with their partner, many prefer to come to terms with relationships that do not meet their needs. 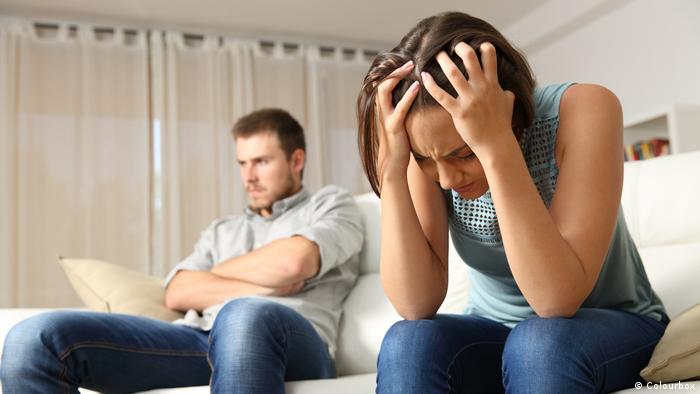 "What we want in partnerships is recognition, appreciation and respect," says Thiel. For this, however, the minimum requirements are often extremely poor. When both of you work, everyday life with children has to be organized and the next to-do list is urgent, the question arises 'how are you actually?' often first down at the back.

Such a question is the minimum of recognition that couples should give each other, says Thiel. The frustration at the insufficient appreciation, however, mostly discharges in other, more obvious things like lying around socks and open toothpaste tubes.

The argument with the partner is necessary, but "the way in which we argue is crucial," says the psychologist and psychotherapist Helga Odendahl. Criticism in the form of you messages quickly makes the argument destructive. Because sentences like 'you are always so self-righteous' are a direct attack that leaves little room for maneuver for the other person.

'I often feel left alone by you', on the other hand, can have a completely different effect because the criticism is not formulated as an irrefutable fact. With my furious answer to the accusation, however, I am making the next mistake. "Anyone who is angry cannot have a reasonable and polite conversation," says Thiel. The anger must first dissipate. The best way to do this is to take a brisk walk in the fresh air.

You could use the time to think about why it is above all our partner who can upset us with just a few words or actions. After all, we usually get along with our friends without major dramas.

"In partnerships, the patterns we have learned from and with our parents are revived," says Odendahl. As children, we look very closely at how relationships work from the grown-ups. For example, those who have not learned from their parents to speak openly about their needs are initially faced with a problem in the partnership. "Couples therapy can be very helpful here," says the psychologist. 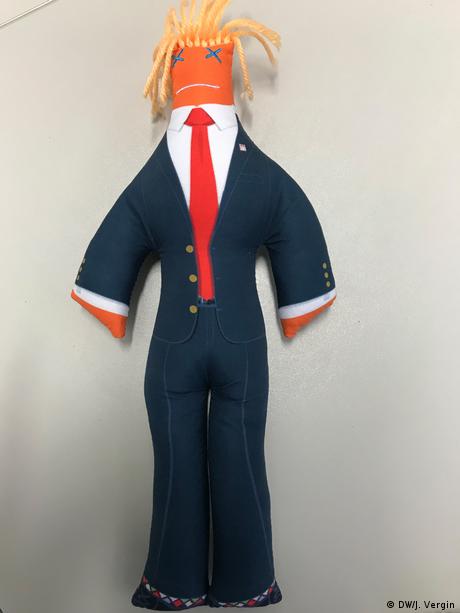 Really angry? Better to use a "Dammit Doll" like this one as a valve than your partner

Speaking and listening skills are essential for a constructive argument. Most couples communicate far too little, as the couple therapists Thiel and Odendahl agree. However, there are also partnerships in which too much is talked about problems. Mine is one of them. "Problems are like goldfish: they grow when you feed them," says Christian Thiel.

These conversations are particularly pointless when it comes to conflicts that cannot be resolved but are a question of character. If one is a punctuality fanatic, while the other is always late, this provides material for endless discussions, which, however, will not solve the problem, says Thiel. "Everyone believes they are right. That is why we want the other to do things the way we do."

My partner and I have also tried in endless discussions to convince the other of our respective, at our own discretion, much more meaningful views. Without success. Because the talk is terribly grueling in the long run, we finally muzzled our self-righteousness and wrote down rules that should guide our communication in a more constructive way.

First law: pause first. Don't knock every emotion out of the other person's ears unfiltered. Words like "always", "nothing", "everything" and "never" are now forbidden. At first it seemed silly and trivial to us. But Thiel confirms that pragmatic solutions have to be found in order to be able to deal with irrevocable differences in a partnership. Then the punctual goes ahead and the unpunctual comes after.