Which Chinese American do you admire most

At the 19th Communist Party of China (CCP) Congress in October 2017, China's President Xi Jinping announced a "new era" for his country and that the People's Republic was "getting closer to the center of the world stage" day by day. But how does China actually imagine a world order in which the People's Republic is at the center?

Answering this question is not that easy, says the Bonn political scientist Gu Xuewu from the Chair of International Relations: "My impression is that the political forces in Beijing themselves don't know exactly what they want," Gu said in an interview with DW . "I'm saying they are experimenting according to Deng Xiaoping." Deng Xiaoping, who initiated China's economic reforms in the 1980s, had the motto at the time: "To cross the river, groping from stone to stone."

Primacy of maintaining power of the CP

The indecision is also reflected in the very complex and differentiated discussions of the country's intellectuals about China's role in the world, as the former German ambassador in Beijing, Volker Stanzel, confirmed to DW. The spectrum ranges from acceptance of the prevailing global order to the idea that China has been chosen by fate and that the whole world must bow to its will.

In all discussions, however, the party always has the last word, which is ultimately not about a world order per se, said Stanzel: "That means we don't really see an original interest in a different kind of world order or in the functioning of the current world order, but rather it is only about China being able to move around the world in such a way that the ideas of the Communist Party can be implemented, which in turn serve to maintain power. " 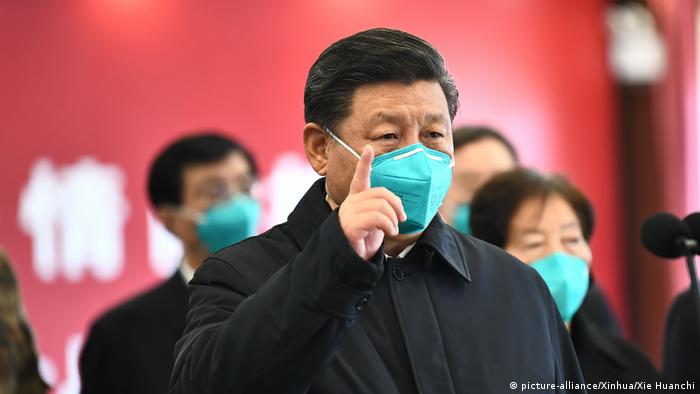 In Gu's view, some core elements of China's vision can nonetheless be identified: "China wants a world order that is multipolar in power politics, multilateral in terms of method and pluralistic in ideology." Gu explains the political terms as follows:

"Community of Fate of the World"

The first point has long been a fact, says Gu: "We already live in a multipolar world." An assessment shared by many other observers: According to this, the multipolar world order has replaced the short phase of American hegemony after the collapse of the Eastern bloc that followed the bloc formation of the Cold War.

Multilateralism in China has been linked since 2018 with the catchphrase "community of fate of the world", which Xi Jinping himself used for the first time at the State Institute for International Relations in Moscow. In 2019, Xi then gave a speech at the World Economic Forum in Davos, rejecting isolationism and positioning China as a supporter of multilateralism.

Stanzel points out, however, that the talk of the "fate of the world" remains an indefinite commonplace. "In a globalized world, our fate is connected. That is not yet a concept." It would have to be filled with content, for example with a demand to strengthen international law or international institutions. Of course, China thinks little of this and is similar to the USA, as Gu also states: "Both accept international law if it suits their own interests and reject it if it conflicts with their interests."

Image campaigns and the Silk Road

The dispute over an ideologically pluralistic world in which the authoritarian regime of China would be seen as an equivalent alternative to liberal democracy has been going on for years. China wants to improve its image. Confucius Institutes spread its language and culture. Chinese investors buy up entire media companies in Africa and shape the perception of China with the help of social media or by influencing Chinese overseas.

China is also involved in the United Nations, as Stanzel explains: "China chairs four international institutions, twice as many as the Americans, and uses not only this position, but also its activities in these institutions to express its own political language to be anchored in UN documents. "

However, the balance sheet regarding the improvement of China's image and the establishment of a new, Chinese-influenced narrative is mixed. "This narrative is successful in Africa. The stronger an African state is economically linked to China, the more successful China is," says Stanzel. In Germany and other industrial nations, however, the image has deteriorated, partly due to the sometimes brutal diplomacy of the past few months. 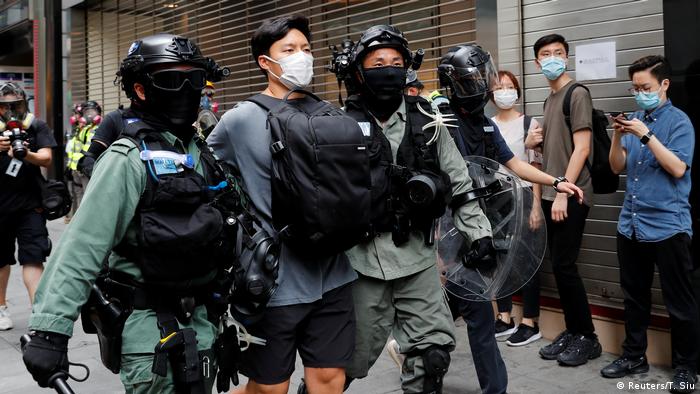 In particular, the imprisonment and re-education of hundreds of thousands of Uyghurs in Xianjiang and the massive restrictions on the freedom of Hong Kong citizens have deepened distrust of China in Europe and the USA.

The "New Silk Road" project (Belt and Road Initiative, BRI), initially admired as the world's largest infrastructure project, is now widely viewed critically. In particular, economically weaker countries are becoming heavily dependent on China. A well-known case is Sri Lanka, which, after being unable to service the loans, was forced to lease the deep-sea port and the surrounding land in Hambantota to a Chinese state-owned company for 99 years.

Gu speaks of a perception problem in Europe and the USA. He doesn't think China can claim global leadership. The Chinese ambitions would be vastly overestimated. "Whoever wants to lead must be able to provide general goods free of charge and have a certain missionary zeal in order to want to implement certain ideas globally." China does not have that. "China does not want to replace the USA and is even worried about taking on such tasks."

But even if China does not seek global hegemon status, there is undoubtedly the notion in Beijing that China deserves supremacy, at least in Asia. As early as 2014, Xi gave a speech in which he demanded: "Asia for Asians". If you add the statement made by China's Foreign Minister Yang Jiechi to the ASEAN states in 2010, it becomes clear what that means: "China is a big country and other countries are small. That is simply a fact." 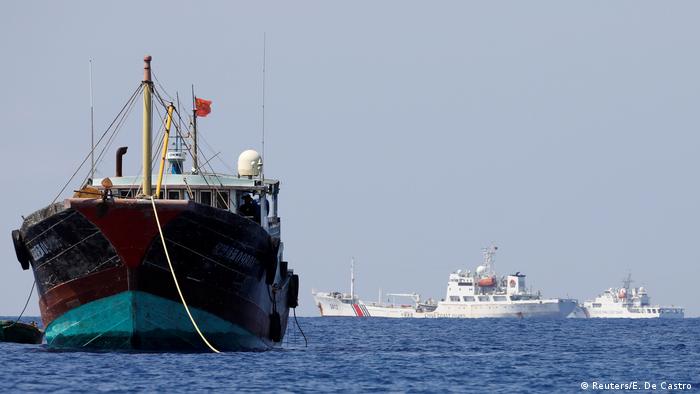 Nowhere is China's claim more evident than in the South China Sea. The People's Republic is not only trying to force the USA out of the region, but also to bring neighboring states as well as important shipping routes and raw materials under its control. The consequences for the states of the "periphery": instability, the growing pressure to choose one side - in this case China or the USA - and the danger of a military confrontation.

Ultimately, the crucial question is whether the rise of China and the associated shifts in the world order will inevitably lead to war. The clashes in Asia and in the South China Sea are just a foretaste, as many experts believe. As early as 2014, the American political scientist John J. Mearsheimer wrote in "The National Interest": "The result will be an intense security competition with considerable war potential. In short, the rise of China will probably not proceed smoothly." Ming Xia of the City University of New York told DW: "I don't believe in a coexistence of China and the West if China maintains its own system."

One way out would be to ultimately recognize a philosophical and ideological conflict, says the Bonn political scientist Gu. From a political point of view, China is a Western state and the party is sticking to the concept of the nation state and nationalism, but at its core there is an individualistic and a collectivist worldview. In the West, the individual should be protected from access by the state, which is why human rights are at the center. In China, on the other hand, the individual should make his or her contribution to society; one could speak of human obligations here. 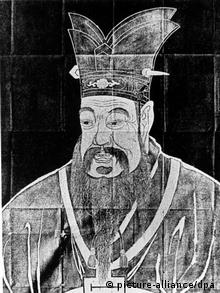 Undated illustration of the Chinese philosopher Confucius. To this day, his philosophy also shapes the country's political culture

Despite this fundamental difference, Gu believes that a rapprochement is conceivable, because in the Confucian tradition, for example, the scholar Menzius has a right to resist the state. Conversely, former US President John F. Kennedy asked in his famous inaugural address in 1961: "Don't ask what your country can do for you - ask what you can do for your country." This is about the duty of the citizens.

However, Gu considers a dialogue at this level to be unlikely: "I'm very pessimistic here. I don't think the Americans are ready to accept the Chinese authoritarian communist government." Stanzel is also skeptical about an understanding between the two sides, albeit for different reasons. The CCP does not want to wage war. But the danger of a military conflict is growing "due to the aggressively aggressive behavior of China", as shown, among other things, in the South China Sea.