How is life in Kenya 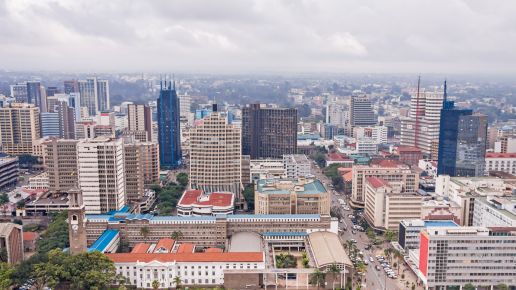 University and education systems abroad often show serious differences to Germany. Find out more about the types of universities and tuition fees.

The Number of universities Kenya is growing by leaps and bounds: today there are 37 public universities, compared to five in 2005. Of these, 31 have university status and 6 university college status.

The basic requirement for studying is the KCSE (Kenya Certificate of Secondary Education), which certifies the successful completion of secondary school education. The KCSE is not sufficient for admission to German universities. In addition to the corresponding knowledge of German, a preparatory course (preparatory college) or a one-year successful study in Kenya is required.

The Study system is structured as follows:

The lowest academic degree is the Advanced Diploma. The duration of study for this is two years. This qualification also entitles secondary school leavers with a less good overall grade to take up a self-financed Bachelor's degree and shortens the duration of the course by one year. A bachelor's degree usually lasts four years.

The two-year master's degree usually consists of two parts. Classes take place in the first year, the second year is reserved for writing the master's thesis.

In order to qualify for a PhD program, you need a master’s degree and have to submit a well-developed research project. A standard period of three to four years is planned for a PhD.

Most courses start in September and January, some also in May. At most universities, the semester-free period is between May and August and from the beginning of December to the beginning of January.

Since the beginning of 2014 the University entrance of undergraduate courses are regulated by the new central registration office, Kenya Universities and Colleges Central Placement Service. Since then, places at private universities have also been allocated centrally and supported with public funds.

International students apply directly to the university, which also decides on admission. You can only be admitted as self-payers.

The tuition fee at the state universities are around EUR 2,200 per year for a bachelor's degree, the fees for a master's are often slightly higher. At private universities, a year of study costs between EUR 1,700 and EUR 7,000.

more on the subject