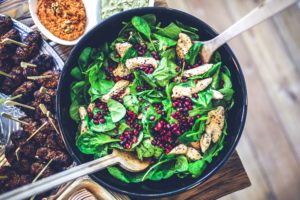 The shelf life of spinach after cooking is limited. Image: Pixabay / kaboompics

You can basically buy spinach all year round without any problems. Between March and May, the mild spring spinach from local cultivation is in season, in September and October the winter spinach, which is a bit more fibrous and darker. But frozen food is also a good alternative. The reason: The spinach is blanched immediately after harvest and shock-frozen to temperatures of minus 30 to 50 degrees. In this way, enzymatic degradation processes are interrupted and the cell structures and valuable ingredients are preserved. In addition, the frozen spinach has a long shelf life and is easy to proportion. If expired frozen spinach has already spoiled, you can recognize this by its white or red-brown discoloration - in which case it should be disposed of.

Can you reheat spinach? 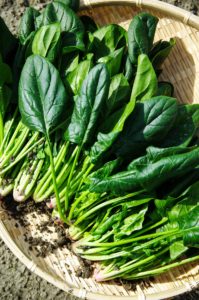 Spinach is a leafy vegetable and contains a large amount of nitrate, which is non-toxic in itself, but is gradually converted to nitrite by bacteria. This in turn can lead to malaise, vomiting and diarrhea when consumed. The decisive factor for the speed of nitrite formation is above all the temperature - the higher, the more active the bacteria. This is why it is important to treat the spinach properly. It can safely be reheated after cooking if it: